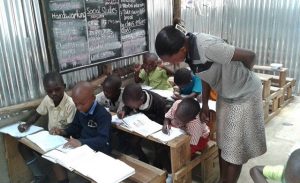 The low level of school coverage in Kabwoya Sub-county, Kikuube District is hampering efforts by parents to enroll their children in school.

According to the Ikoba Village Chairman Bamwenda Bagirensi, the few schools in the sub-county do not favour especially learners who trek long distances for education services resulting in high level school dropout rate.  Bamwenda says many learners walk more than 4km to a nearby mud and wattle community school staffed with untrained teachers in Kabango village.

He says the prevailing unfavourable learning conditions including bad roads especially during the rainy seasons does not only lead to poor learning but also school dropout.

The long distance, bad roads and early pregnancies see at least more than 40 learners discontinue their studies in the area every year, according to reports; a scenario the chairman says is a matter that needs government urgent intervention.

Bagirensi says unless government constructs more primary and secondary schools in the sub-county, the level of education will continue to deteriorate in the area.

Daniel Muhairwe Mpamizo the area legislator acknowledges the educational challenges in the area adding that there is need for construction of more schools. He pledged to ask government to take over full control of Kabango community school for better services.

For long, education authorities in Kikuube district have asked government to takeover the management of 13 community primary schools in the district in a bid to uplift education standards.