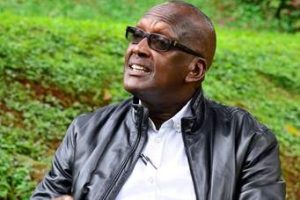 Tumukunde who had reported to Kampala City Hall Court for mention of his treason and Unlawful possession of firearms case says the election was marred by cases of ballot stuffing, arresting of candidates, polling agents and multiple voting incidents on which he claims he has collected enough evidence to enable him challenge Museveni’s victory in the Supreme court.Tumukunde says he intends to work together with the NUP party who have already declared their intention over the same.

“I am not compromised of small monies and so on, Buganda has demonstrated that they can remove a person from their constituency which they did successfully, it remains a fact that should any other Ugandan know what to mobilize and change  a government, voting is still an option,” said Tumukunde.

He adds that “as you can tell, I share a lawyer with one of the candidates so we are trying to see what we can do in these very difficult circumstances.”

The case was adjourned by grade one magistrate Valerian Tuhimbise and on that date the court will rule on an application filed by Tumukunde is seeking to halt his trial in unlawful possession of firearms.

The lawyers want Tumukunde’s case stayed and the file forwarded to the High court to resolve torturous allegations while their client was in custody.