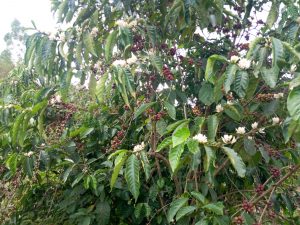 The low production of coffee has left the multi-million government coffee processing facility at Kizirafumbi underutilized.

Installed in 2015, the facility was donated by the government and funded by African Development Bank under the community Agricultural Infrastructure Improvement Program-CAIIP to support coffee farmers add value on their production.

Edward Tumusiime, the facility operator says the plant has never operated to full capacity due to limited availability of coffee harvests.

At full capacity, the facility is supposed to process 10 tons of coffee per day. However, Tumusiime says at bumper harvests in the region, they are able to process five tons every day but in most cases they process only two tons.

The plant is being managed by Kizirafumbi Coffee Cooperative Society which is composed of over 200 farmers from Kizirafumbi, Kabwoya, Kyangwali and parts of Bugambe sub-counties. To process coffee, a cooperative member is charged sh100 per kilogram while none members are charged sh120c per kilogram.

Simon Ndolereire, the chairperson of the cooperative says they are still mobilizing more farmers to join coffee farming saying they will be able to even go beyond the processing target. He says limited prices are scaring farmers from processing their coffee at the facility.

Currently a kilogram of coffee cherishes (Kasusu) costs between Sh1700-1800 while coffee beans (Kasye) costs btn 3400-3500. He however cautions farmers against harvesting immature coffee which he says compromises the quality and prices.