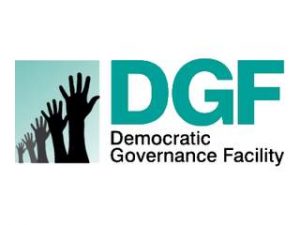 President Yoweri Museveni has directed the immediate suspension of the activities of the Democratic Governance Facility (DGF), the largest pool of donor funding to non-governmental organisations in Uganda over what has been termed as financing of subversive activities.

In a January ,2 ,2021 letter , Museveni says he needs answers as to why and how the Ministry of Finance authorized a £100 million (shs500.8 billion) fund to operate illegally in the country without the involvement of cabinet.

The visibly angry Museveni says in the letter that he has learnt that a big percentage of the shs500.8 billion went into financing activities and organizations meant to subvert government “in the name of the improving governance.”

The President insists this is unacceptable and the people responsible must account for the same.

According to the President, it is still baffling how the fund under the hand of the Ministry of Finance Permanent Secretary, Keith Muhakanizi was allowed to operate despite not fulfilling all the required conditions.

Museveni says that he has learnt that whereas the Ministry of Finance tried to get a representative on DGF’s board , they were “arrogantly) rebuffed by the foreign mission after being reminded that the exclusive management of the fund lies with them(DGF) and oversight is by the foreign funders exclusively.

The President says it is baffling how this state of affairs was allowed to happen under Muhakanizi’s hand yet it was unfair to government.

“How is it possible that the Ugandans whose affairs are being dealt with here, can only be spectators in the management of their own affairs? This is not the financing of a private business but the funding of state and non-state actors to achieve the political objectives of the funders in Uganda. How and why did the Ministry finance, unilaterally make such a major decision with far-reaching consequences, let alone, one whose effect is to surrender the sovereignty of the people of Uganda to foreigners? Was this a result of subversion, corruption or criminal negligence or all of these? Why wasn’t the Cabinet and I consulted,” Museveni wonders.

“I am therefore directing you to immediately, suspend the activities of this fund, until the cabinet has fully reviewed this matter and a new governance structure in which the elected representatives of the people of Uganda have appropriate oversight, has been put in place and approved by me.”

According to the letter, Museveni has directed the IGG, Inspector General of Police, DPP and the State House Anti-Corruption Unit to investigate the concerned government officials at the Ministry of Finance over possible subversion, corruption and criminal negligence.

The Democratic Governance Facility (DGF) says on their website that the fund was initially established in July 2011 by eight Development Partners including Austria, Denmark, Ireland, the Netherlands, Norway, Sweden, United Kingdom and the European Union.

DGF was meant to create a pool of funds from participating countries and having more impact through bigger grants.

The facility was also meant to reduce the effort and expense of accounting to several different donors sometimes over similar projects.

Apart from having more impact through bigger grants, the facility was meant to reduce the effort and expense of accounting to several different donors sometimes over similar projects.