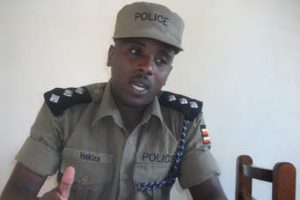 Two people, from the same family, have been killed by unknown people who raided Kitemba village in Kagadi district. The deceased persons have been identified as Stephen Kiiza 62 and 12-year-old Phiona Asaba.

The incident happened at around 8: 30pm on Thursday when the attackers hacked the two relatives with machetes on the head, chest and face. They also left a seven-year-old, Enock Asaba critically injured.

Julius Hakiza, the Albertine Region Police spokesperson says the attackers raided the home of Kileo Barigye and started hacking the family members indiscriminately. Other family members survived after they fled for their dear lives.

He says although the police were notified and rushed to the crime scene, it was too late to pursue the attackers since they had already escaped.

The bodies of the deceased persons were taken to Kagadi hospital Mortuary pending postmortem while Agaba who was critically injured has been rushed to Hoima Regional Referral Hospital for medical attention. He was too hacked in the head and face.

According to Hakiza, the motive behind the attack is not yet known but investigations into the attack had commenced. Barigye, the head of the family says he survived the attack after he fled the home. He says after executing their mission, the attackers fled to yet unknown destination.