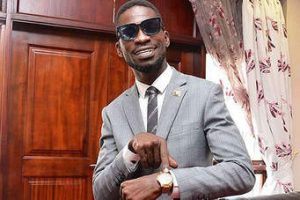 The leader of the National Unity Platform (NUP) Mr Robert Kyagulanyi aka Bobi Wine has instructed his lawyers to withdraw the presidential poll petition which he had filed in the Supreme Court, challenging President Museveni’s victory in the January 14 general election.

Addressing journalists this morning, Kyagulanyi said the decision to withdraw the petition is premised on the fact that the judiciary is not independent enough.

Kyagulanyi says he remains peaceful and will not opt for violence but is instead taking his case to Ugandans under what he calls the public court where he hopes to get justice.

He says he will inform Ugandans his next step of action in a few days.

This comes a day after the judiciary refuted claims that its top leadership met with president Museveni to discuss the petition.

On Sunday, the NRM legal team warned Kyagulanyi that he faces heavy financial implications if he withdraws the petition.

The party legal director Oscar Kihika said a number of processes have to be followed before such a decision is made.