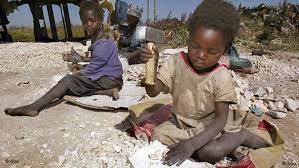 The Ministry of Gender, Labour and Social Development has called for collective responsibility to end child labour in the country.

Aggrey Kibenge, the Permanent Secretary of the Ministry of Gender Labour and Social Development says the country is not lacking laws and policies against child labour but there is a need for collective responsibility.

Last week, President Yoweri Kaguta Museveni announced fresh restrictions as part of measures to control the COVID-19 transmissions in the country in face of the second wave of the pandemic.

Among the fresh restrictions, the president directed was the closure of all educational institutions across the country for 42 days.

According to Kibenge, following the closure of the school, cases of child labour will be rampant in communities. He asked parents and community leaders to utilize the sauti 116 child helpline to report cases.

A report by Save the Children in 2020 indicated that the number of children engaged in child labour increased by 56% during the lockdown.