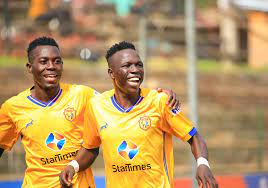 The squad is dominated by players from top Uganda Premier League sides, KCCA FC, Vipers SC, SC Villa and Express and several youngsters from Uganda Hippos team that reached the finals of the 2021 Africa Cup of nations U-20 event.

The tournament is for players below 23 years of age however the tournament rules allow three players above that category to feature.  Uganda has also taken the advantage of this rule and named three senior players for experience and guidance to the youngsters

FUFA Communications Director Ahmed Hussien confirmed that the summoned players will meet at FUFA House in Mengo on Friday 18th June 2021 at 8am and then head to Cranes Paradise Hotel in Kisaasi for residential camp.