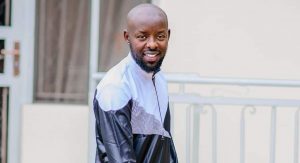 “Omugagga si muntu” was the order of the day as singer Eddy Kenzo, real name Edrisa Musuuza reportedly rejected an ambassadorial deal worth $290,000 (approx. Ugx1.03B) from an alcohol brewery company in Europe in respect to his religion.

According to a Local media station, STV, BET award winner Edrisa Musuuza aka Eddy Kenzo has shocked many of his followers after revealing that he turned down an Ambassadorial deal worth 1.03billion Ugandan shillings.

The Quran does not allow Muslims to drink or even buy alcohol for others which means that Eddy Kenzo marketing alcohol for the company would have been a sin.

He has exhibited his strong faith in his works and speeches, that is if these allegations are true.