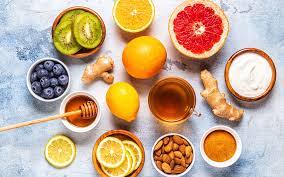 The demand for ginger and lemon has doubled within the different markets in Hoima City.

With the belief by residents that lemons boost their immunity against the coronavirus (COVID-19), more people are now including lemons on their groceries shopping list.

Unlike before, in the past one week, dozens of people have been flocking various markets within Hoima City demanding ginger and lemons.

Murungi Santa, a bitter lemon vendor says that she is reaping big after her customers’ turn-up tripled since last week.

Murungi says that previously she would earn only between 4,000 and 5,000 Shillings a day but now it has drastically increased to at least 20,000 Shillings.

In several markets in Hoima including Hoima central market, one lemon costs 1,000-2,000 shillings yet three months ago, the same amount could purchase ten to fifteen lemons. Four pieces of ginger cost 1,500 Shillings, and one bulb of garlic that used to cost 1,000 Shillings now costs 2,000 shillings.