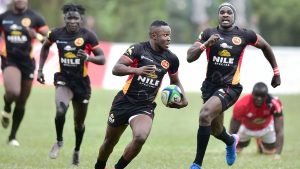 Uganda’s team that was already in Monaco was withdrawn on Thursday following a number of COVID-19 positive results determined during scheduled arrival testing.

Uganda was due to play Chile, France, Hong Kong and Jamaica in pool B of the competition in a bid to secure a ticket for the Tokyo 2020 Olympics to take place next month in Japan. This comes as devastating news to the team given all the effort put into preparation.

“In accordance with tournament regulations, the Uganda men’s team has been withdrawn from the World Rugby Sevens Repechage competition in Monaco from 18-20 June following a number of positive COVID-19 results determined during scheduled arrival testing,” said a statement from the World Rugby body.

The tournament COVID-19 protocols implemented by World Rugby and the the hosts which included pre-departure and on arrival PCR testing, revealed the positive results in the Uganda delegation, although the organizing committee never revealed the number of players who tested positive.

The World Rugby body however said that all Ugandan players have been in strict isolation since arrival, and the delegation will continue to follow the isolation quarantine process as determined by the Monaco authorities’ public health guidelines.

Now, according to the tournament rules, the pool stage matches involving Uganda will be recorded as a “bye” for their opponents in Pool B – Chile, France, Hong Kong and Jamaica.

The International body will however provide full medical and operational support to ensure the health and well being of the Ugandan delegation during their period of isolation according to statement released by the competition organizers.

This is the third Ugandan national team to be withdrawn from an international competition because of positive COVID-19 cases. The first was the Uganda National Basketball team, Silverbacks whose Afro basket qualifier games were postponed in February 2021while in Tunisia.

Later the Women’s cricket that pulled out from Kwibuka Women’s International Twenty20 Tournament in Kigali, Rwanda few weeks ago after several players tested positive for COVID-19