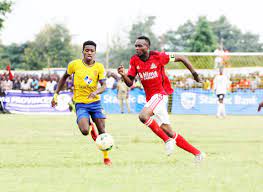 The league had two fixtures set to be played today, as Busoga United was going to host URA, and Vipers were going to face off with Onduparaka in game week 27 of the league.

According FUFA Communications Director Ahmed Hussein, FUFA will give further guidance on the remaining fixtures on how they will be played amidst the Standard Operating Procedures.

“All Star Times UPL matches scheduled for Saturday 19th June 2021 and Sunday 20th June 2021 have been postponed, FUFA will give further guidance on the remaining match days in the near future,” announced Ahmed Hussein

Express FC are the table leaders with 58 points, URA comes second with 57 and Vipers is third 56 each with four games left to play.

It should however be recalled that the 2020 Star Times Uganda Premier league was ended prematurely with six games not played and Vipers who were the table leaders were crowned champions with 53 points. This also came as the result of the first lock down.