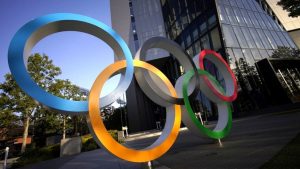 On Sunday one of the coaches of the Ugandan team tested positive for COVID-19 on arrival in Japan before the other team members were allowed to travel to Izumisano in the Osaka region. The first batch of Uganda’s team arrived in Japan over the weekend for 33 days of preparations at the training camp in Izumisano city.

Reports on Wednesday indicate that while the coach who tested positive on Sunday was isolated in Tokyo, the other members who traveled to Izumisano City were also under isolation. Today the Japanese national broadcaster NHK broke the news that a second positive case with the Ugandan team was an athlete.

An official in Izumisano reportedly said one person in quarantine had now tested positive but did not name the athlete.    “The results of PCR tests that were done using samples taken on Jun 22 showed one person tested positive,” he said.

“Those nine people who have been identified as having had close contacts (with the coach) … have been isolated in individual rooms in order to avoid contact with others,” he added.

Dr Bernard Ogwel, the General Secretary of the National Council of Sports (NCS) who is yet to travel to Japan confirmed to Spice FM that indeed one other member had tested positive.

“We have received information that another member has tested positive. But we shall continue to monitor the situation and also perhaps change the travel plans of the remaining team members so that they get to Japan earlier,” added Dr Ogwel.

Twenty-six athletes have qualified to represent Uganda at the Tokyo Olympics that will take place 23 July to 8 August 2021.