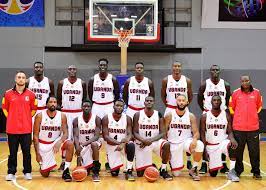 Uganda will play Morocco in the first game on July 8 2021, before they play Cape Verde on 15th July 2021. The Silverbacks will be targeting one win to secure their position at the Afro Basket finials. This means if Uganda wins Morocco, it will automatically qualify for the finals.

Uganda however didn’t conduct a residential camp in Uganda, due to lack of funds. The Silverbacks assistant coach Mande Juruni said the local-based players have been active with their clubs in the National Basketball league.