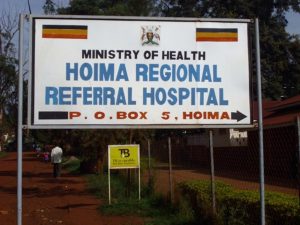 Reports indicate that the facility did not provide any medicine for the patients, or even guide them on the COVID-19 home-based care protocols which would allow them to protect themselves while at their respective homes.  Some of the patients however alerted the COVID-19 taskforces in the area about their predicament.

Hoima Resident City Commissioner Samuel Kisembo says they have summoned the Hospital Director to justify the reasons for the action and if any action has been taken against the personnel on duty at the time of the action. Kisembo describes the action as unfortunate and warns health workers against stigmatising COVID-19 patients.

Kisembo adds that they have instructed the COVID-19 surveillance team to track all patients who were chased from the hospital and their contacts for appropriate medical attention.

Hoima Hospital staff were In 2018, accused of extortion, corruption, harassment and sale of government drugs, forcing President Yoweri Museveni to institute a team led by Dr Joyce Moriku Kaducu, the State Minister for Primary Healthcare to investigate the matter.  But a year later, the hospital management was caught off guard for allegedly hiring out a government building to a private pharmacy operator.

The pharmacy was initially known as Platinum Pharmacy and only changed the name to Hoima Hospital private pharmacy after members of the public raised complaints.  The then Hoima Resident District Commissioner-RDC, Samuel Kisembo instituted a special team to investigate the hospital management following public outcry.