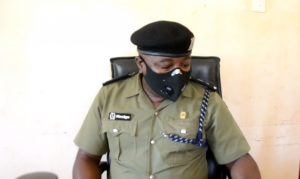 Residents in Hoima City are worried over the increasing criminality in the area despite police and other security agencies patrolling to enforce curfew.

One Jimmy, one of the affected businessmen says thugs broke into his bar located in Park cell.

He notes that he lost five creates of beer, a music system, TV set among other items worth millions. He calls on security to beef up the patrols at night.

Vicente Mwesigye, the Albertine regional police commander confirms the incident adding that since 15th June, police has registered six cases of such nature.

However, he says that criminals are suspected to be hiding in bars and lodges which currently secretly operating illegal.

He also challenges on the public to provide police with information that will led to the apprehending of the criminals to ensure security in the area.