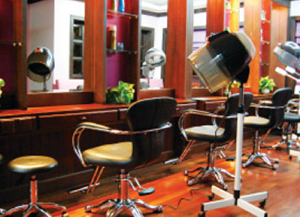 Hoima City COVID-19 taskforce has suspended the operations of salons as part of the measures to contain the spread of coronavirus.

Samuel Kisembo, the Hoima City Resident Commissioner observes that the closure of salons follows a new statutory Instrument number 28 issued by the Ministry of Health guiding on the businesses supposed to close and penalties for violators.

Kisembo says following the guidance, they have given the salon operators up to Thursday tomorrow to close operations until the president pronounces otherwise.

According to him, government has a plan for them to benefit from the sh100,000 support which starts being distributed tomorrow.

He says the decision was prompted by the increase in COVID-19 cases and reluctance among the public to follow the standard operating procedures-SOPs.

Meanwhile, Saloon Operators have expressed shock over the issue saying it’s on short notice. David Katusabe, the chairperson for Hoima Saloon Operators Association describes the directive as unfortunate saying it’s going to cause unbearable loss as he asked for at least a one week ultimatum.

According to him, the abrupt stoppage has implications on their movements because some operators come from different districts and will have to go back.

About the sh100, 000 cash support, Katusabe says only close to 200 saloon operators were registered.

According to the instrument, a person who operates a place or premises or who conducts any activity or event specified in subrule (1) commits an offence and is liable, on conviction, to imprisonment not exceeding two months.