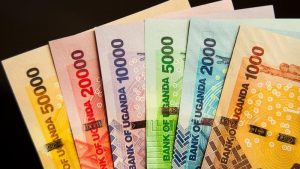 Drivers operating from Hoima Taxi Park have threatened to stage a peaceful demonstration protesting the city authorities’ failure to include their names on the list of beneficiaries of Covid-19 relief fund.

Government through the Prime Minister’s office and the Ministry of Gender, Labour and Social Development (MGLSD) allocated Shs100, 000 to each household with various categories of vulnerable people in cities and municipalities across the country.

The vulnerable groups included taxi drivers, boda-boda riders, salon operators and others whose work was either totally stopped or restricted to a certain level to slow down the spread of Covid-19.

However, although some people have received the money in Hoima City, many including drivers, and boda-boda riders still complain that they are yet to see any single penny wired to their cell phones as per the government promise.

Peter Byaruhanga and Musa Kalanzi some of the drivers say although their names were initially included on the list of beneficiaries, they were later allegedly replaced with others.