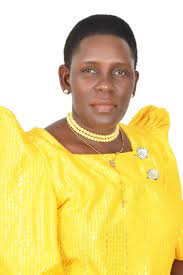 Public Service State Minister, Grace Mary Mugasa has withdrawn an election petition she filed against Brian Kaboyo the Mayor for Hoima City and the Electoral Commission (EC). Ms Mugasa who contested as mayor for Hoima city filed a petition against Mr Kaboyo and the EC accusing them of several electoral offences including vote miscount, violence and defamation.

The petitioner, thus, wanted Kaboyo’s election cancelled. In his submission at Masindi High Court on Wednesday, Ms Mugasa’s lawyer, Brian Othieno, said that the litigant later filed a notice withdrawing the petition which the respondents had also been notified.

The advocate asked court presided over by Justice Musa Ssekaana to consider the withdrawal of the petition saying that the plaintiff decided to do so because she belongs to the same ruling National Resistance Movement (NRM) party with the defendant. “Both of them had majority of the supporters. They just had a difference of 153 votes. We need to foster unity among the supporters in Hoima city since both of them had 50% of the support,” said Mr Othieno.

The advocate added that continuing with the petition would divide the NRM party, hence, destroying the image, interest and the ideology of the party to which they belong. Othieno also asked court not to slap any costs on the duo but to enable each party to bear its own costs.
“Awarding costs against a party will not enable the reconciliation and the goodwill the petitioner has shown by withdrawing the petition. On that ground, each party should bear its own cost”.

However, Mr Kenneth Nsubuga, a lawyer representing Kaboyo argued that the appellant decided to withdraw the petition after realising that its dismissal was inevitable. “We were going to ask for its [petition] dismissal because it had been filed out of time. It was supposed to be filed 14 days after the gazette but for them they filed it past time,” he said.