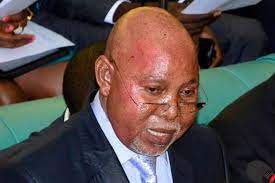 The Minister of Foreign Affairs, Jeje Odongo has said that despite calls to evacuate Ugandans trapped in Afghanistan, some of them refused to leave the middle east country.

Odongo made the revelation on Wednesday while appearing before Parliament’s Foreign Affairs Committee looking at several matters of Uganda’s foreign policy.

The Minister told the Committee that the August 6th take over of Kabul by the Talibans happened fast, but being mindful of the danger of the citizens, Uganda joined other 60 nations calling on Taliban to ensure safe evacuation of citizens.

He said that as Uganda they are making every effort to look out for any other Ugandan in Afghanistan and have established that there are also some Ugandans in Afghanistan who are unwilling to return.

“They simply say we are okay, we don’t want to leave, so we can’t force them to leave. The evacuation of Ugandans is done voluntarily, we aren’t forcing anyone to leave Afghanistan,” said Odongo.

The number of Ugandans in Afghanistan is unknown. However Odongo says that there were some 10 Ugandans evacuated by United Nations (UN) on flights to United Kingdom (UK) and six of these arrived in Uganda. He also says they established the presence of three more Ugandans who are willing to be evacuated and arrangements were made to have them evacuated.

Odongo said that one of the three Ugandans has been evacuated with a US aircraft and is in Berlin, Germany, with the Ministry of Foreign Affairs is reportedly offering the necessary assistance to get him back to Uganda.

According to the Ministry of Gender, some Ugandans were evacuated in April 2020 during the COVID-19 worldwide lockdown, and it is not clear how many have remained.

The Minister of Foreign Affairs also gave an update of the 51 refugees that arrived last week, saying the request to host the Afghan nationals is temporary and the group is undergoing quarantine as part of the measures to contain the spread of Covid-19. He however says they do not know how long Afghanistan refugees are going to be staying.

Responding to questions on the whereabouts of Fred Lumbuye, who was reportedly extradited to Uganda by security forces, Odongo said the matter is still being discussed between Uganda, Turkey, and Interpol. He said when these discussions are concluded, he will update Parliament with the matter, but added that Lumbuye is still in Turkey.