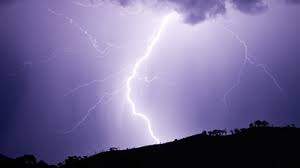 Educationists and local leaders in Kikuube district are worried over the growing habit of theft of lightening arresters from school structures.

According to Juma, thugs have stolen lightening arresters from schools like Kabira, Bujugu, Kamusunsi, Kikuube BCS and Kaigo primary schools have lost the facilitates.

He says that such challenges are putting the lives of the learners and teachers at risk of being struck by lightning especially during the rainy season.

He expressed concern after two lightning arresters were stolen from the newly constructed class room block of Kabira primary during its commissioning.

Juma said there is need for government to start deploying armed guards at schools to protect government projects.
Michael Talemwa, the education officer in charge of projects and guidance at Kikuube district local government says several cases of stealing the facilities have been reported to police but no arrest has been made.

He adds that the district education department is proposing to change the design of installing these lightening arresters.