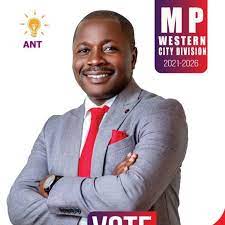 Masindi High Court on Monday dismissed an application filled by the former Hoima West parliamentary candidate Ismail Kasule seeking for court orders to compel the Electoral Commission to produce a number of voter materials before the main application is heard.

Kasule from the opposition Alliance for National Transformation filed the petition before the High court in Masindi faulting both Dr. Joseph Ruyonga from NRM and also the current Member of Parliament for Hoima West Division and the Electoral Commission for allegedly orchestrating irregularities, which affected the outcome of the January 2021 general election.

But before the hearing of the main application, Kasule through his lawyers Richard Kiboneka and Janet Murungi from M/s Nyanzi & Mbabazi advocates filed an application asking court to compel the EC to produce Hoima West Division constituency register used on the polling date of the directly elected Members of Parliament.

Others were evidence of delivery of the Hoima West voters register to him and his agents, copy of the 57 memory cards and Micro SD cards inserted in the 59 Biometric Voter Verification Kits at the 59 polling stations on the polling day.

He also wanted the return of number of voters verified and logged in the BVVK and verified Paper Audit Trail (VVPAT).

He also needed the tally sheets used for the results, the declaration results forms and the reports used on the polling date.

Kasule’s counsel Kiboneka told court that the election results are about integrity of the voting process, transparency and fairness of the vote adding that their disclosure to court is the transparency.

Baingana further submitted that the documents sought by Kasule are soft copies of the national register which are no longer available for reason that the BVVK devices are wiped out in preparation for the next election and reused in different and subsequent election.

Justice Alex Ajiji in his ruling, noted that an applicant seeking for an order of discovery must satisfy court that it is absolutely necessary to make a discovery order by showing court that the information sought is relevant and necessary in aiding the determination of the dispute between the parties.

Ajiji dismissed the application in favor of the respondents and ordered that each party should bare its own costs.

In an interview with Spice FM shortly after the court session, Kasule said he went to court to seek justice and he is sure justice will be served during the hearing of the main application.