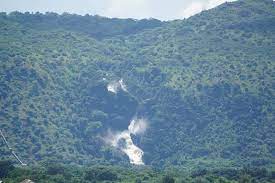 The National Forestry Authority-NFA has begun the process of opening up boundaries of Wambabya central forest reserve as one way of protecting forests in the country.

Wambabya central forest reserve has approximately 3,429 hectares covering the sub counties of Buseruka in Hoima district and Bugambe and Kiziranfumbi in Kikuube district.

Emilion Madira, the chairperson Bugambe Wambabya forest conservation and development association said that they are happy that NFA has come up to open boundaries of the reserve so that they can protect it due to its well-known importance to the people in the area.

Opar says Wambabya was gazetted to protect River Wambabya, a source of water for people and domestic animals and it is part of the network of protected areas constituting a watershed of eastern ring of Lake Albert.
The boundary opening exercise is expected to last between 10-15 days starting from Tuesday September 14, 202