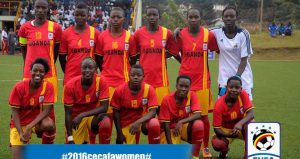 Uganda was placed in Group C alongside Giants Zambia, Eswatini and Namibia. The Crested Crane will face Eswatini formally Swaziland on September 30th, 2021 in their first game. This is the second time the Crested Cranes is featuring at COSAFA Championship as a guest team following their first appearance in 2018 when they finished third.

The team that is under the stewardship of George Lutalo has spent over two weeks camping at the FUFA Technical Center in Njeru. The team played three friendly games with the U-20 women team that was also preparing for the U-20 World Cup qualifier.

The Crested Cranes managed to win in two games and lost one. Lutalo says that he named his squad based on the player’s performance in the training they have conducted in the last two weeks.