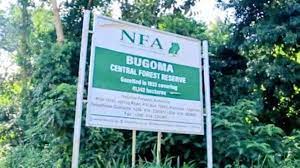 Police have recovered the body of an unidentified woman from Bugoma central reserve forest in Kikuube district.

According to Twinamatsiko, the deceased who is believed to be in her mid-30s had deep cuts on the head, face and around the left breast.

Twinamatsiko says that the deceased is a non-resident, adding that she could have been killed elsewhere and her body dumped in the area.

By this morning, nobody had shown up to claim the body.