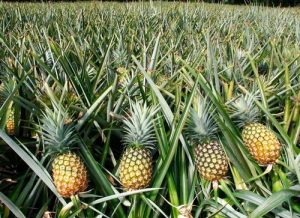 The pineapple suckers were delivered by Juliet Nyamahunge, who was contracted by Operation Wealth Creation. The suckers were meant for distribution to farmers in Miirya, Bwijanga and Pakanyi sub-counties.

Major Nebert Besiisira from Operation Wealth creation-OWC, said that they could not receive the suckers due to their poor quality and lack of a delivery note.

Job Byaruhanga, the Masindi District Agriculture Officer, says that some of the suckers had dried up while some were infected with pests.

The supplier, Juliet Nyamahunge only dispatched the suckers on a Fuso truck on Wednesday and didn’t show up at the district headquarters.

She has not yet commented on the matter as she couldn’t be reached on her known mobile number. She neither picked nor returned calls from our reporter.