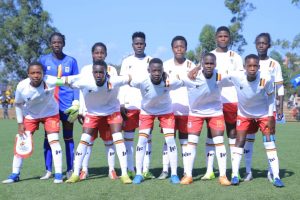 The Uganda National Women Football team, the Crested Cranes has entered a residential camp ahead of the forthcoming 2022 Africa Women Cup of Nations Qualifiers.

Uganda will face Ethiopia in the second qualifying phase with the first leg slated for 20th October 2021 at St. Mary’s Stadium, Kitende. The return leg will then be played six days later in Bahir Dar with the winner on aggregate facing either South Sudan or Kenya in the final qualification tie.

The team fresh from the COSAFA Championship entered the camp on Tuesday at Cranes Paradise Hotel, Kisaasi where they will then relocate to the FUFA Technical Centre, Njeru on Wednesday to start preparations for the qualifiers.

Crested Cranes Head coach George Lutalo has already summoned a provisional squad of 27 players. The squad named largely comprises of the team that played at the just concluded COSAFA Women’s Championship with 20 players that travelled to South Africa, 17 have returned.