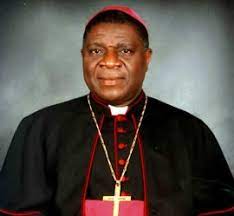 Bishop Paul Ssemogerere has been named the new Archbishop of Kampala, eight months after the sudden death of Dr. Cyprian Kizito Lwanga.

The Papal Nuncio to Uganda, Archbishop Luigi Bianco, today announced the appointment of Ssemogerere, who has been Bishop of Kasana-Luwero Diocese.

On April 8, 2021, four days after the death of Archbishop Cyprian Kizito Lwanga, Pope Francis appointed Bishop Ssemogerere as Apostolic Administrator for Kampala. The 65-year-old prelate has held this caretaker position until the latest announcement.

In 1976, Ssemogerere and seven other young men became pioneer students of St. Mbaaga Seminary at Ggaba. This was the pioneer class of this seminary, which specializes in training men as priests when they are older and without having attended a minor seminary.

In 1978, the late Cardinal Emmanuel Kiwanuka Nsubuga sent Ssemogerere to the Saint Francis de Sales Seminary, in Milwaukee, Wisconsin, in the United States, where he graduated with a Master of Divinity degree in 1982.

His episcopal journey began on June 4, 2008, when he was elected Bishop of Kasana-Luwero, replacing Dr. Kizito Lwanga who had been elevated to Archbishop of Kampala two years earlier.