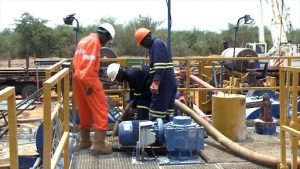 Oil companies and the business community want the President and Parliament to expedite the enactment of the laws that will govern the oil and gas industry.

Following the passing of the East African Crude Oil Pipeline (EACOP) Bill by parliament last week, there was excitement in the industry that finally, the regulation gives way for the pipeline project construction to commence.

The Bill provides for different aspects including local and national content, revenue sharing, taxation, and shareholding, among others.

However, the Bill is yet to get the President’s Assent, which investors hope, will be sooner rather than later so that the Final Investment Decision (FID) for the EACOP project is made.

Other pieces of legislation include the Public Finance Management (Amendment) Bill and the Income Tax Amendment Bill 2, which are expected to be debated and passed by parliament this week and await the Presidential Assent.

Barbara Nabuweke, the Head of Contracts and Negotiations at the Uganda National Oil Company (UNOC) says EACOP FID is due to be made by the end of this month so that preparations for construction works begin.

Tanzania has already completed the legislative process necessary for the project. She says delays will also delay the ability of the shareholders to get financing for the project to commence.

Nabuweke has expressed worry that those companies and persons that have already got letters of appointments and contracts will lose out if the laws take long to become operational.

The EACOP project is expected to create 150,000 direct and indirect jobs, with at least 57 percent of these reserved for Ugandans.