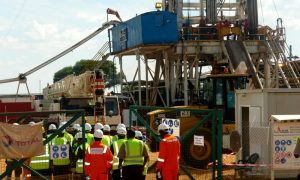 Parliament has approved the Public Finance Management Amendment Bill, 2021, which provides for the approval of the budget estimates for Uganda National Oil Company (UNOC) within 15days. This is the second Bill approved by the House within two weeks to operationalize the newly signed oil agreements.

The government had proposed to give Uganda National Oil Company powers to collect and use oil revenue to clear recoverable costs without seeking Parliament’s approval and deposit the balance into the Petroleum Fund.

However, the Finance Committee of Parliament chaired by Kiboga East MP, Keefa Kiwanuka rejected the proposal on grounds that it infringes on the appropriation powers of the house.

The Committee also noted serious consequences in the event that appropriation of UNOC funds is delayed among which loss of information and data during production as well as of voting rights.

Kiwanuka then recommended that the process of handling UNOC work plans and budget estimates be expedited to ensure that a decision is given within 15days to allow the company to meet its financial obligations.

Parliament also unanimously passed the Income Tax Amendment Bill by introducing the windfall tax, which will enable the country to deduct 15 percent tax where the international oil price equals USD 75 per barrel or more on any day of the year of income. This was during the plenary session chaired by the Deputy Speaker, Anita Among.

Kiwanuka said that the tax arose out of the fact that the current law does not cater to the volatility in oil prices. “There is, therefore, a need to impose a windfall tax in the event that the international oil price equals USD 75 per barrel or more on any day of the year of income.

This is intended to capture the additional revenues arising in the event that the international oil prices rise,” said Kiwanuka. Finance Minister, Matia Kasaija commended the MPs for speaking with one voice and approving the oil Bills.

Ruth Nankabirwa, the Minister for Energy and Mineral Development told Parliament that they take the issues of accountability and transparency highlighted by legislators seriously. She pledged to ensure that these values are upheld through all processes.