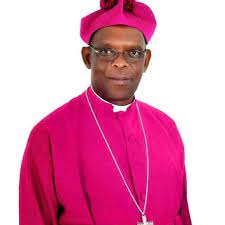 The Bishop of Bunyoro Kitara diocese Rt Rev. Samuel Kahuma has called on Christians to advocate for unity and peace as they celebrate Christmas.
He say that the birth of Jesus brought hope, light and peace in the world adding that peace and unity should continue.
While delivering his Christmas Message at his home in Duhaga, Hoima West Division, Bishop Kahuma expressed concern over the increasing evil acts such as hatred, jealousness, robbery, greed and murder that still exist among the community despite Jesus’s coming.
He noted some people plan to engage in evil acts such as alcoholism, theft of the domestic animals, and adultery among others during the festive period.
He says that farmers are having sleepless nights guarding their farms because of the increasing theft of animals such as livestock and poultry among others because of people still living in darkness.
Bishop Kahuma advised that as the world prepares to celebrate Christmas, believers should avoid such acts and focus on renewing their relationship with God.
He called the public to repent and live lives that glorify the name of God.