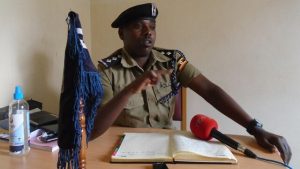 Police in Kiryandongo is investigating circumstances under which two men were allegedly killed in a fight. The deceased persons are Franco Odongo, 23, and David Etyang, 25, both residents of Padeya village in Kiryandongo district.

It is alleged that on Sunday night at around 11:30 p.m Odongo and Etyang picked a quarrel while in one of the bars in Padeya village and in the process, Etyang hit Odongo with a blunt object in the head killing him instantly. But area residents avenged by attacking Etyang whom they also beat to death.

Francis Odongo, the area LCI Chairperson says he alerted Kiryandongo police station when the situation became tense, to disperse the rowdy residents.
Julius Hakiza the Albertine region police spokesperson has confirmed the incident saying police have launched investigations though no suspect has so far been arrested.

Hakiza has warned members of the public against taking the law into their hands but rather seek the intervention of the police to harmonize their misunderstandings. According to Hakiza, the two bodies have been picked by police and taken to Kiryandongo General hospital pending a postmortem.