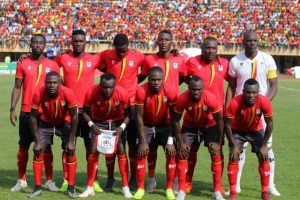 The Uganda Cranes is set to play five international build-up games against European and Asian national teams, FUFA has confirmed.

The first three friendly games will be held in Antalya, Turkey, where Uganda will battle Iceland, Botosani and Moldova before they travel to play against Iraq in Baghdad and Bahrain in Bahrain city.

Head coach Milutin ‘Micho’ Sredojevic has summoned a team of 44 players in preparation for the five games. The squad is majorly made up of players from the Star Times Uganda Premier League and only two foreign-based players, both goalkeepers Charles Lukwago (Ethiopia) and Isma Watenga (South Africa).

According to the program, the team will travel to Turkey on January 10th, 2022 ahead of the first match against Iceland on 12th January 2022 in Turkey.

The five international friendly games come a few days after FUFA called off the Uganda Cranes trip to the United Arab Emirates because of travel challenges. Uganda Cranes was due to play Gabon and Mauritania in Abu Dhabi.