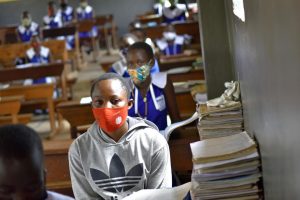 As schools plan to re-open on Monday next week, a number of teachers in private schools are likely not to return to work, two years after missing their daily activities.

In March 2020, president Museveni ordered the closure of schools as a measure to contain the spread of coronavirus. The President last week, revealed that schools would re-open on January 10, 2022.

But, many teachers in private schools in Hoima city abandoned the profession to join other ventures after schools were closed.

A survey by Spice FM has showed that many private schools have embarked on recruiting new teachers to replace those that resigned.
A former secondary school teacher that Spice FM has spoken to on condition of anonymity says he decided to quit the profession to join farming since the government had delayed to re-open schools. He argues that the closure of schools left several other teachers struggling with life and others are frustrated to the point of cursing their profession.

Herbert Samuel Oyeta, the head teacher St. Jude primary school in Hoima City says that over 30 percent of teachers at his school will not be returning for work when schools re-open next week.
He says the school on Thursday however conducted interviews to recruit new teachers who will replace those that left such that the school maintains its better academic standards.

Oyeta has also revealed that the school has put up everything possible to ensure that learners are protected from the novel coronavirus when they return on Monday.

Johnson Kusiima Baingana, the Hoima City Education Officer confirms that many teachers especially those in private schools will not return to class arguing that this will affect the quality of education because some schools will not be able to recruit new staff.

Kusiima has asked private schools with staffing gaps to contact the City education department to help them with filling the vacant positions.