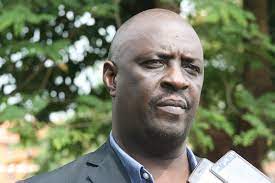 This after the head of the Babito ruling clan, the Chief Prince (Okwiri) Engineer Fred Mugenyi Ruchunya directed that the Prime Minister together with two other kingdom ministers be sacked on accusations of lack of transparency and accountability for the kingdom resources, fraudulent and dubious cash withdraws from the kingdom’s bank account and failure to account for the Kingdom finances without any approved policy and activity planed in the palace.

According to a letter dated January 30, 2022 and signed by Okwiri,the decision to sack the three officials was reached on January 29, 2022 during the Babito general assemble held at Karuzika Palace No5 in Hoima town.

The Okwiri has also accused the Prime Minister of mismanagement of Kingdom assets and property, involvement in the sale of the Kingdom land, insubordination and disrespect of the Babito ruling clan among others.
However in his response in letter dated January 31, 2022, Byakutaga has disregarded Okwiri’s orders and described it as baseless.
He noted that the Okwiri has no powers, whatsoever to appoint or dismiss any official of the Kingdom, either as an individual or by Virtue of the Authority he holds in that office.
Byakutaaga adds that the Omukama of Bunyoro Kitara Kingdom Dr. Solomon Iguru Gafabusa is the only Appointing Authority of the Kingdom and the only person who can replace officials of the Kingdom as he pleases.