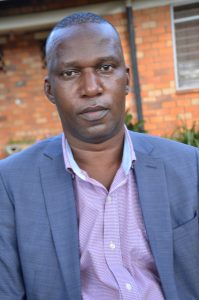 Kikuube district leaders are in trouble for allegedly Okaying the operationalization of Nyarongo seed secondary school before completion of its construction.

However, the contractor led by Patrick Isagara abandoned the work after Kikuube district local government paid him 95% of the total cost of the project funding.

This mess left some district officials who include Deogratius Byakagaba the district Education officer and Emmy Arinaitwe the District Engineer arrested and they are currently on police bond.

Speaking to Spice FM, Amlan Tumusiime, the Kikuube RDC says that it was shocking that the district officials went ahead and allowed the school management to start using the structures before commissioning.

He noted that it was wrong FOR the district officials to okay the occupancy of the structures before the contractor handed over the school to the government.

He noted that the contractor has not yet fixed windows, doors and the compound and the play among other things have not been done.

He questioned the interest of the district officials to allow the school to start operating before it completion and commissioning.

He adds that the state house anti-corruption has picked interest in the matter and they have started investigating to bring those who mismanaged the project to book.

Tumusiime also expressed concern that the school management has turned the school which is supposed to be a day school into the boarding school.

When reached him for a comment, the Kikuube district boss Peter Baura referred spice FM to the district Chief Administrative officer Andrew Milton who said that he was not in office by the time of filing this story.