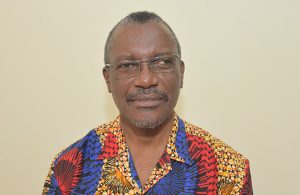 Janet Museveni, the Minister of Education and Sports has appointed Professor Samuel Kyamanywa as a chairperson of the taskforce management committee that is spearheading the establishment of Bunyoro University as a Public University.

According to a letter dated June 7, 2022 and seen by our reporter, Professor Kyamanywa will also act as a Vice Chancellor of the first of its kind University in the region according to the Universities and other Tertiaries Act of 2001.

“Your term of office will be for 12 months until the assigned tasks are completed” reads part of the letter.

During the national budget speech on 14th June 2022 at Kololo grounds, the finance minister allocated Sh2 billion to kick off consultations and facilitate the task force for operationalization of Bunyoro University in the financial year 2023/2024.