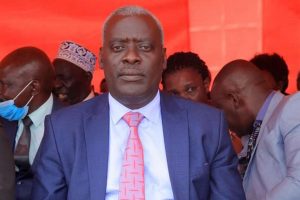 Cosmas Byaruhanga, the former Chairperson-Masindi District Sugarcane Out-growers Association [MASGAL], who also doubles as the LC5 Chairperson of the district, wants the association which brings together Masindi district sugar cane farmers to be transformed into a cooperative for purposes of collective bargaining, among other benefits.

Byaruhanga advises farmers to change their association into a cooperative if they are to benefit from the sugarcane growing business.

He adds that a cooperative is not limited to a number of activities to undertake, unlike an association which is a company limited by guarantee.

Byaruhanga has embarked on mobilising sugarcane farmers in the district to form cooperative societies such that they can form a union so as to get a sugar mill from the government.

According to Byaruhanga, there are more than 7000 farmers engaged in sugarcane growing in the entire Masindi district.