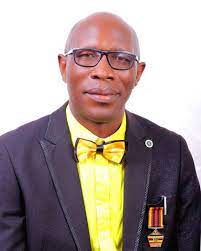 The Court of Appeal has upheld the victory of Joseph Ruyonga as the Hoima West Member of Parliament in Hoima City.

The other candidates included Ronald Tumusiime, who polled 5,075 votes, the late Shem Byakagaba who got 1,681 votes and Geoffrey Beraheru who came last with 426 votes. But Kasule contested the result on account that so many of his votes were considered invalid, and hoped that with a recount, he could secure a win. There were 517 invalid votes.
According to Kasule, there were several omissions during the counting and declaration of results by the Electoral Commission, and as a result, he lost votes and paved way for Ruyonga’s win with a margin of 184 votes.

Dissatisfied with the results, Kasule petitioned the Hoima Chief Magistrates Court seeking a vote recount but the court rejected the application.

Kasule again made an appeal in the Court of Appeal seeking orders that Ruyonga’s election is nullified and an order for the Electoral Commission to organize and conduct fresh elections on grounds that the election was not conducted in compliance with the electoral laws.

In their Judgment delivered on Wednesday, the Justices upheld the lower court’s verdict saying the appeal was misconceived and lacked merit.