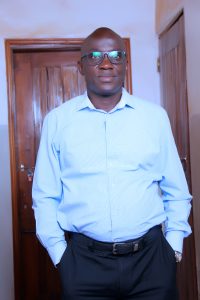 Williams, is the General Manager at Spice FM. He is a great team leader with vast experience of over 20 years in Media rising through all levels from several prominent media houses.
Williams is social, cooperative and  an exemporal leader who has spearheaded the team to exhaust its potential and innovations.
His favorite hobby is sports especially football, Reading and Adventure. 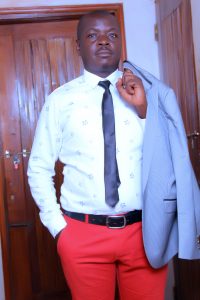 Byenkya Fred aka Fredo an all round radio journalist with experience of over 15 years in the industry.
Currently, Fred heads the Programs and Production departments at  Spice FM.
He’s the  voice behind Hotspice@spice which airs between 4pm_7pm, weekend political talk show dubbed Spice Parliament from 10am-12pm and Easy Sunday request show from 10am_12pm among others.
He’s also a distinguished Marketeer, PR practitioner, events MC and moderator on both radio and TV.
Hobbies: watching football (great fan of Liverpool and Kitara fc), playing football ,playing draft ,d iscussing politics, making friends & travelling.
Quotes
No matter who you are, where you come from, or your background, you can always make it to the top!
His favourite dish is Fish and Karo. 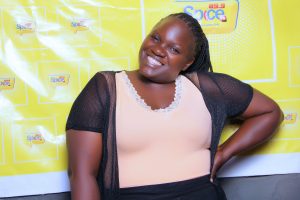 Ms Bbaale is responsible and committed journalist who displays an ability to write balanced, informative and interesting stories that give all involved parties an opportunity to have their say.

A quick learner who can absorb new ideas and can communicate clearly and effectively. Possessing excellent bonding skills and an enquiring mind that helps to win over the confidence of people. Multi skilled with an ability to build strong working relationships with fellow journalists, photographers, columnists and news editors.

Talented and immensely creative journalist with a commitment to high-quality research and writing. Proven history of achievement in the industry with more than seven years of professional experience.

Dedication to sound investigative research methods and a strong desire to know the truth of the matter. Excellent reporting and interviewing skills are some of the key things that Ms Bbaale considers while doing her work to produce best results. Ms Bbaale heads the editorial department at Spice FM.

You can get in touch with her on; 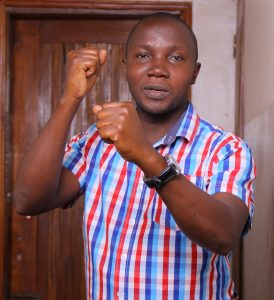 Tugume is generally a reserved and God-fearing being passionate about writing on Environment, Education and Culture.

With an experience of over 12 years all gained from Spice Media Services, Tugume who joined the Station as a volunteer is the current Sub-Editor. He loves to socialize with all categories of people with an aim to capture a news tip.

He believes that good stories come from the community-the less privileged people.

If you can’t get him in the news field or desk, catch him on the News Hour Program (Ebihyaka Mubihyaka) from 8:15-9Am or Press Review from 8-8:30Am, all Monday to Friday.

Over the weekend, he takes the Radio to the community under the Community Radio Debate Program-Ensonga Omubantu every Saturday 1-2Pm.

I may have patience if I detect that Mukaro with Kalo and Cassava are being prepared. 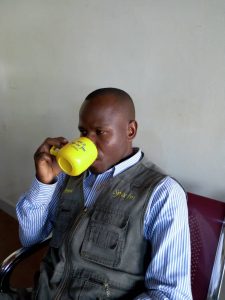 Vincent Ssenyunja also known as “Alinaitwe Vincent” joined Spice FM in 2013. He previously worked as a news reporter for seven years as well as a co-host for the Ebihyaka omu Bihyaka (News Hour) Program.

He is well talented, dedicated to his duties and performs them to the best of his abilities; exceeding his supervisor’s expectations. In addition, he is an excellent team player working concurrently with his colleagues and supervisors to the best interests of the company. 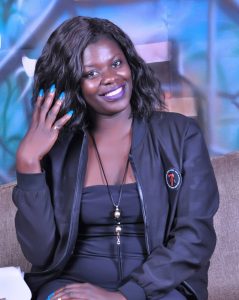 Alurile Justine Etole commonly known as J-Tinah Zanvadi Queen of the Area (QOTA). Zanvadi co-hosts the Morning Delight and Main host of the Top 20 countdown every Saturday at 12pm. The Mic is her best friend and partner in crime, that’s why she is good at Emceeing and a Musician as well.

She started her media journey in 2017 at Kings FM in Masindi as a Morning Show (Bukeire Nuts) co-host and English news Anchor. 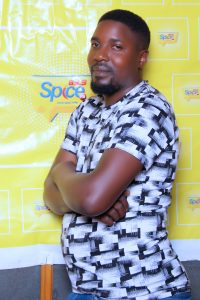 Dinas Byamukama Alias, Apuuli BK Omugezi Wekibuga is a renowned Radio Host; He is a, Social Media Influencer, Emcee, Football analyst & commentator with experience spanning 10 years. He started his Radio career in 2012 with a Sports show in Fort portal. He has worked with different Radio Stations including Voice of Tooro -VOT FM

In March 2020, Apuuli BK joined Bunyoro’s No.1 FM Station 89.9 on the station’s premium breakfast show Morning Delight form 6-10am. He co-hosts the show with Zanvadi

His life is incomplete without sports. He also is pretty much addicted to current affairs and politics. You can Follow him @ApuuliB on Twitter and Apuuli BK Omugezi Wekibuga on Facebook. 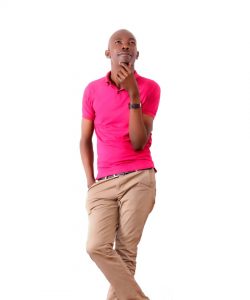 Kanyesige Joined Spice FM after being declared a winner of the Spice FM’s Ekitereke Competitions 2019 which focused on Talent search across the Bunyoro Region. He has since established himself as one of the top Runyoro News Anchors.

“Kanye East” is passionate about issues that drive community development, advocates against gender based violence and believes every human being has a talent to offer to the world. He has several times appreciated inclusion of women in development avenues.

He loves gospel, an Interpreter at Christ the Way, local Church in Hoima City.

Johnson is an Introvert that spends most of his free time listening to music, meditating, watching movies, praying and also a lover of adventure.

In His words Omuziira says “Always appreciate Challenges that come your way, they reveal the strength that you never thought you had. Love to be challenged; it is the only way to grow.” 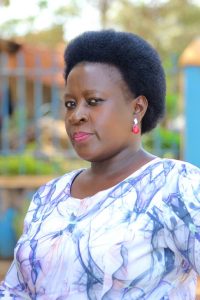 Sharon Phoebe Kobusinge hosts the mid morning show “The Busy Zone” commonly known as Akalitango from 10am to 2pm.  She has been in the industry for over 10 years and therefore boosts of vast experience. She is one of the most celebrated females MCs in the region.
Sharon loves women who are hustlers. For over the years, she has and still encourages women to work hard and be the bosses of their own money discouraging them from relying on their husbands or boyfriends.
She hates domestic violence especially violence against women.
Outside radio work, Sharon is the director of Sharon’s Bridals and Events Management Company located in Hoima City.
A proud princess and a mother of two, Sharon’s favorite dish is steamed matooke and pasted beef. 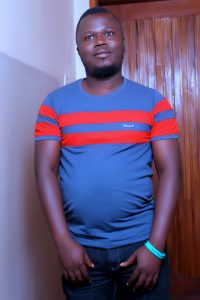 Just like his name, Godwin is a happy, jovial gentleman and enthusiastic sports analyst and football commentator. He leads the Spice FM sports show dubbed Bwiino that runs each week day at 3pm. That voice you always hear on the Spice FM waves doing football commentary, it’s no one else but Godwin.

A proud fan of English Club Arsenal, Godwin has been leading Spice FM sports desk for the past seven years. He has substantial experience of composing sports articles, attending sports events and conducting sports-related interviews. He also has extensive knowledge of various types of sports, tournaments and related issues

He maintains a strong professional relationships with different PR agencies and sports societies and has greatly contributed to increasing the popularity of football clubs from Bunyoro region including Kitara FC, Doves FC, Lady Doves among others. 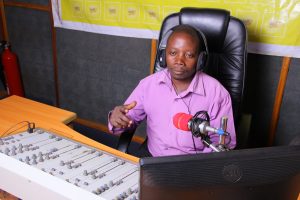 Peter is a humble, self-driven and God Fearing journalist who is passionate about writing on human rights issues, Health, environment and cooperatives.

He hold a Diploma in Journalism with experience of over 10 years acquired from Spice Media Services and Red Pepper publication.

He joined Spice FM as a volunteer in 2009 and year years later was recruited as a news reporter. He has presented several programs like Spice Doctor, Ebihyaka Mubihyaka, Sunday Morning Glory and hosting political, oil, environment, health and education talk shows among others.  Currently, he is a reporter and talk show host.

He loves to socialize with all categories of people who in turn provide him with news tips. He believes that good stories come from the community. Peter loves reading the bible, listening to Gospel Music and helping the needy.

Praise be to our Lord Jesus Christ.